Performing a voice over for your video can be intimidating. Whether you’re daunted by the technical aspects of recording sound or you simply hate the sound of your own voice, it’s enough to make you want to skip that part of the process. But please, don’t! Sure, there are some good animated videos out there that don’t use a voice over, but those are actually quite hard to make. Most folks that are watching a video don’t really feel like reading. Or else they’d be…wait for it…reading! Use that wonderful laziness to your advantage and let your message enter through yet another open door: the ear.Convinced? Perfect. Now, how can you make sure the point of your message is heard, even over that voice you just can’t stand (your own)? Let’s take some cues from professional actors. Your favorite celebrity actors use the following secrets every time they’re in front of a camera, on a stage, OR in the voice over booth.

When acting in front of a camera or on a stage, an actor must have the lines memorized. In voice over, however, one never has to take his or her eyes off the script. That’s an advantage, right? Not really. The problem is that when people read, they kind of sound like they’re reading. A sales or spokesperson who is obviously reading from a script is instantly unbelievable. I am not saying that you need to memorize your script, but you do need to know it about as well as you know the back of the cereal box after you finish the last bowl. Okay, so you’re very familiar with the main idea of the script. Don’t stop there! Experienced actors know that each line of the movie or play was written for a reason – every word, in fact. If you have ever heard a boring speech, it was likely because the speaker “blurred” the lines, i.e., he focused on the overall message rather than the message he could convey with each sentence. When speaking extemporaneously to our friends, each sentence carries a different idea, and we express that idea not just with words, but with voice inflection. It is very hard to do that convincingly while reading.
Now, let me tell you how to put this into practice while you’re recording your voice over. Feel free to pause between each sentence and think about what you’re about to say. Yes, I said pause because you can easily go back and edit out the pauses using digital editing software. So, before you record each line, memorize it (just that line) and say it how you would say it to a friend. You can do this in your head or out loud. Just make sure you can say it naturally before you move on to the next sentence/idea. One last trick on inflection. If you didn’t write the script, you may not know EXACTLY what the point of a certain line is. This can make it hard to know which words to emphasize. In this case, just repeat the sentence several times, each time emphasizing a different word. You might be surprised by how many different meanings the same sentence can have (e.g., YOU love me?, You LOVE me?, You love ME?). Now that you have graduated from a monotone delivery, you’re ready to…

This is your time to shine, Drama Queens and Kings! A natural delivery is great, but don’t you also want it to be interesting? Your normal cadence might be fine for talking to your friends but now you are trying to engage a viewer who doesn’t have the privilege of seeing your facial expressions or knowing your mannerisms. Your voice over will fall flat unless you heighten the intensity of your emotion. Great actors are great because they know how to seem natural while sensationalizing a moment. Watching people act naturally is actually quite boring. You can watch this for free at any park or grocery store. But we are willing to PAY to watch people who can believably dramatize a situation (think “reality” TV). Practically speaking, when doing your voice over, take the intended emotion of a line and double it. Then, triple it! Try it several different ways. If the line calls for sarcasm, let it ooze with irony. If it calls for seriousness, go for solemn and earnest. When you’re editing later, you’ll know the right delivery when you hear it. Many find this step difficult because they are afraid they might…

I’m convinced that you can’t deliver a good voice over without looking a little crazy. To an outsider looking in, you are talking to yourself in an unusually expressive manner. Yup, crazy town. But there aren’t any outsiders looking in; you can record by yourself where the only one judging your sanity is you! Still feel too crazy to be expressive? Do something even weirder to break the proverbial ice: make donkey noises while rubbing your head; run around the room slapping each wall three times. Make it so that making faces while speaking into a mic is the most normal thing you’ve done in a while. One of the biggest hurdles to becoming a good actor is getting out of your own head, ie., learning to let go and not judge yourself. Think of any great emotional scene from a movie. That actor had 20 crew members standing around, looking at their watches, waiting for that scene to be over so they could set up the next scene. It might also have been the 10th outsider looking in? Once again, crazy town.
But, really, the finished product is the only thing that matters. Professional actors understand that to deliver a great voice over performance, they need to be intimately familiar with the script so they can sound believable. They know that to keep their audience engaged, they need to be sensational. And, they are okay with looking a little crazy in the process. By utilizing these three simple secrets of the acting world, you, too, will be able to create a genuine and gripping voice over for your video. 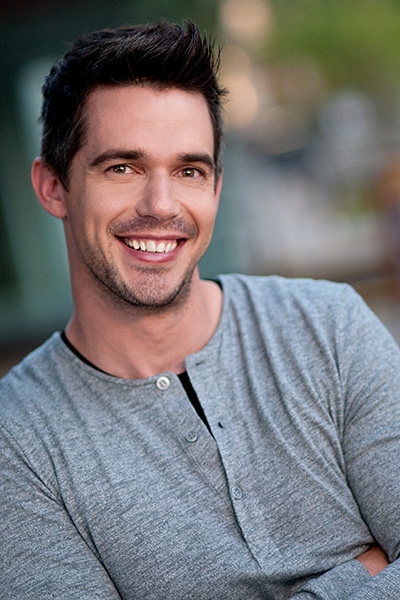 A trained actor and former major market radio personality,​ Andy​ Cooper brings those two passions together as a Voice Actor.

He can be heard all over the world on radio and TV commercials but, over the last couple of years, he has found he has a knack and a passion for “explainer videos.”​
In his blog, he recently said “There’s something about introducing new companies and products to the world that is very exciting!​ Giving voice to innovation and then​
watching the video’s youtube ‘views’ spike – along with the company’s revenue – is quite satisfying.”
The following two tabs change content below.

I am a professional vocal actor with clients including HP, Panasonic, and Dell.

The 7 Rules of Working Effectively

#MakeItAwesome — Summer Vacay Edition: What Is the Most Awesome Summer Vacation? [Video]

How One Customer Used Powtoon To Increase Conversions & Email Subscriptions

What’s Next for Powtoon & Video in 2019? AI, Voice-to-Video, and Partnerships Galore!