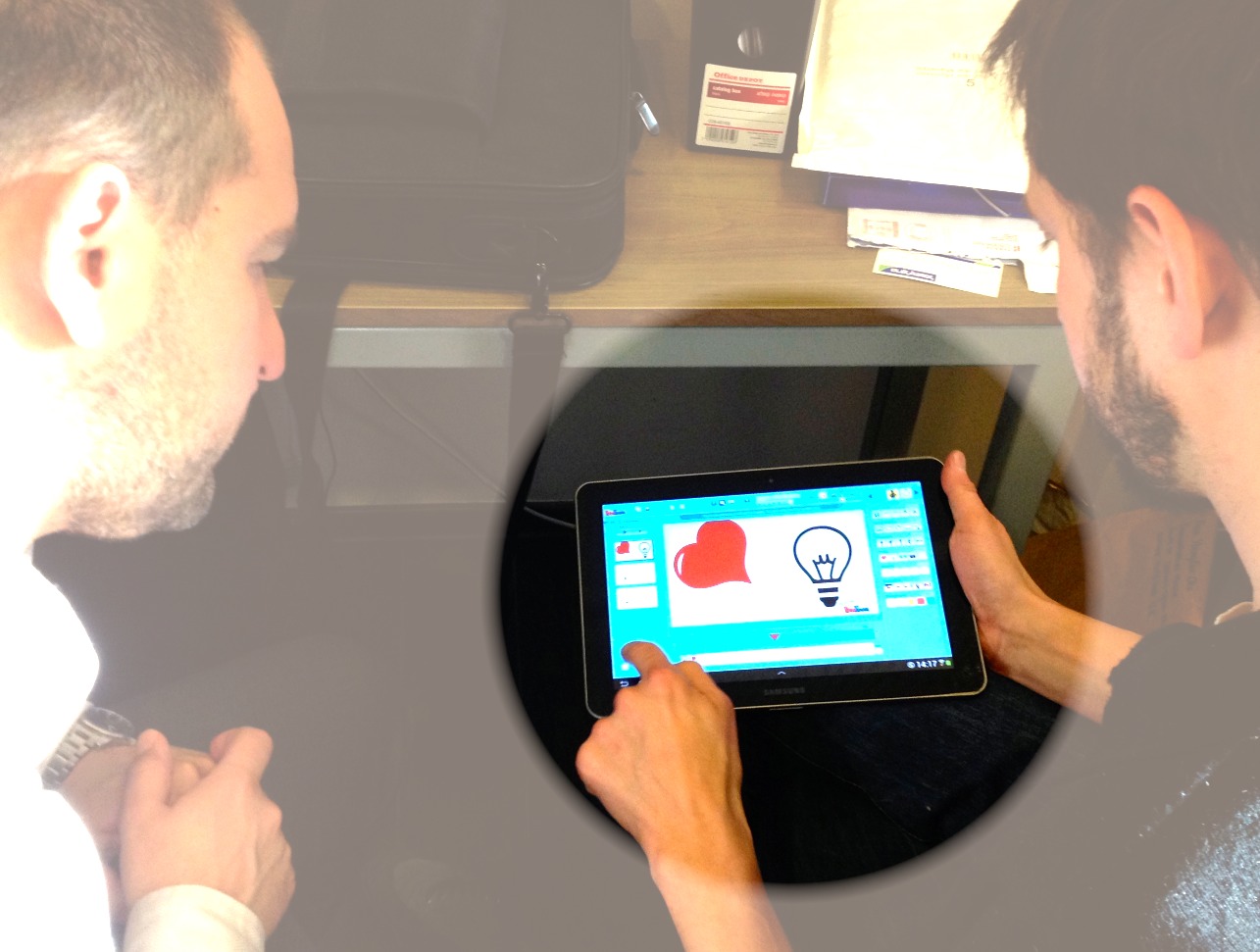 PowToon made no official comment regarding the image that has been floating around the web (shown here on the right) depicting two PowToon scientist creating a Presentation on a tablet device. ​ The image spurred diverse rumors from the imminent launch of a revolutionary app to claims of a buy-out offer from a large mobile company. ​ One rumour even claimed that PowToon was created as part of a conspiracy by unmentioned state backed organizations to topple the thriving bullet-point markets. ​ Powtoon scientists are notoriously secretive of their work and no official comment was available.

Yesterday Powtoon announced that a famous Hollywood movie star had joined their rankes and that a major announcement would come soon. ​ Could there be some kind of connection?

Powtoon is scheduled for a Major feature update next week. ​ Perhaps these features will provide some clues as to the origin and meaning of this photo… Of course, there is always the possibility that this image was created by a hopeful fan. ​ In the past, fan renderings have been mistaken by the media to be actual photos. ​ Only time will tell if that is the case here as well.

Expand Your Audience by Adding Subtitles to your Animated Video

Why Powtoon Is the Best Alternative to PowerPoint

We Have a Winning Animator