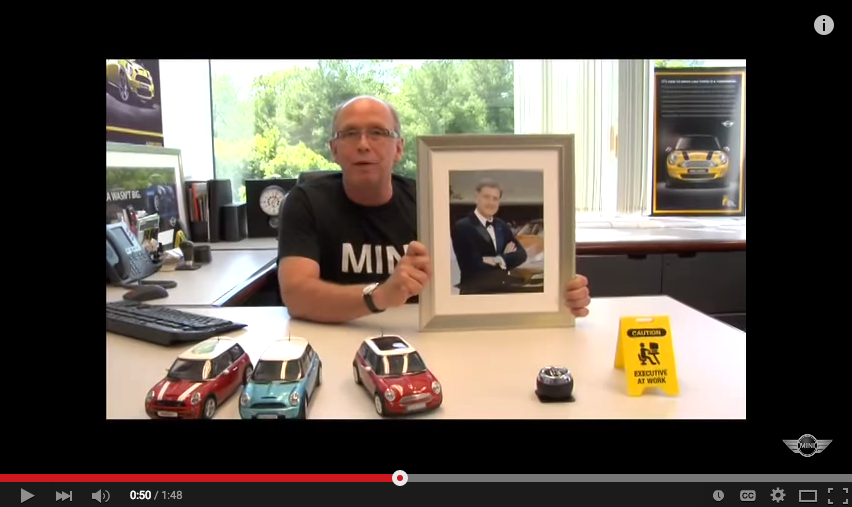 I remember watching an absolutely crazy ad, where the head of MINI Cooper USA, ​ publicly challenges the head of Porsche to a race. I thought, “Woah, that takes guts, what if he loses?” But Jim Mcdowell,wasn’t scared. ​ As the head of Mini Cooper, he believed in his product so much that he publicly put his name behind the car.

Steve Jobs did the same; Every new iProduct launched was personally unveiled by him and in doing so, he became the face of Apple.

But shiny cars and phones aren’t the only instances where company leaders stood up and took center stage. Papa John continues to use himself to prove to everyone out there that “better ingredients make better Pizza.” ​ Sam Adams’ CEO, Jim Koch is a regular in TV commercials… and let’s not forget the Boyle Family, known for their humorous Columbia Sportswear ads.

Time and time again, ​ ads featuring CEOs outperform ads that do not feature CEOs on ALL METRICS.

What is it about showing Face that makes your ad, image or campaign so much more effective?​ 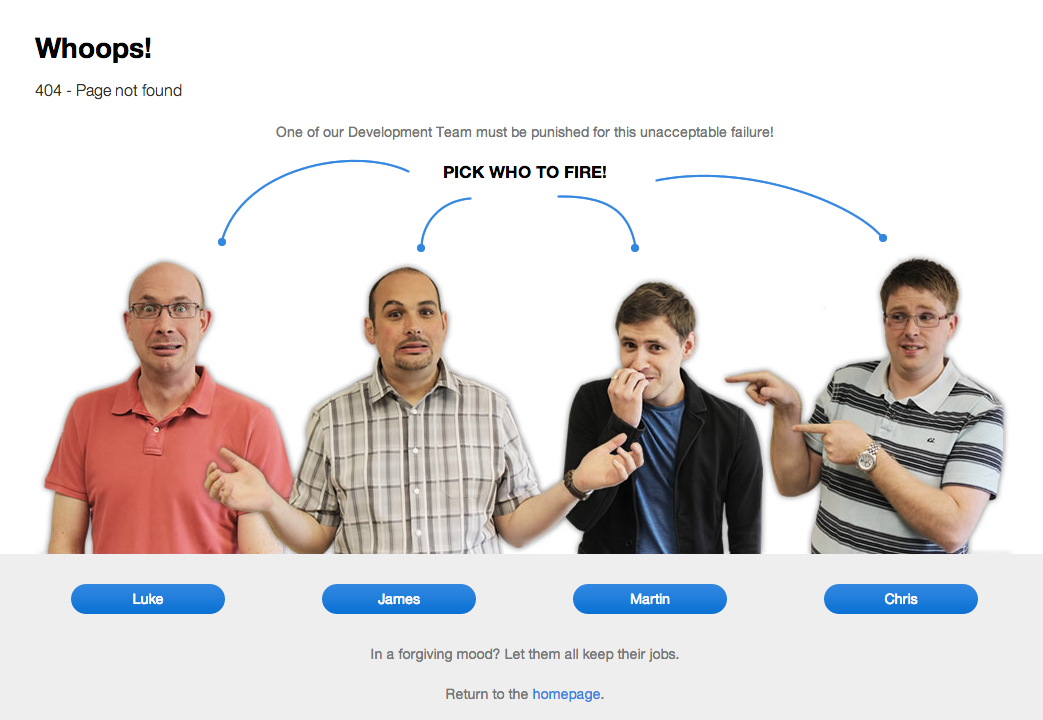 The Power of Personalization

It’s no surprise that being ​ personal and friendly works. People are social creatures who constantly seek ways to connect ​ and communicate with one another. We are wired to forge relationships.

Have you ever walked up to a sales guy in a store and said, ​ “Hey Mark, where can I find a router?” He will probably do a double take. Just by reading the name tag pinned to his shirt, you’ve caught his attention. You have now ​ opened a line of communication.

The exact same concept holds true for CEOs starring in ads, or authors including their ​ bios at the end of an article or companies displaying pics of their team members (such as EmailCenter and their 404 error page, shown above).

No matter what you’re selling, the value of the item or service becomes reliable and trustworthy once you can hold someone accountable. And, in the case of CEO ads, “There is a lot more at risk because it is not only the ad that could fail, but the CEO’s image and reputation could be irreparably tarnished as well.” – Ace Metrix.

This phenomenon can clearly be seen in the public apology of Patrick Doyle, CEO of Dominos Pizza. When the embarrassing video of 2 Dominos workers contaminating food went viral, Patrick goes front and center, on screen with a sincere apology and a vow to regulate and improve the quality of his products and company.

OK, So where do cartoons come into play? 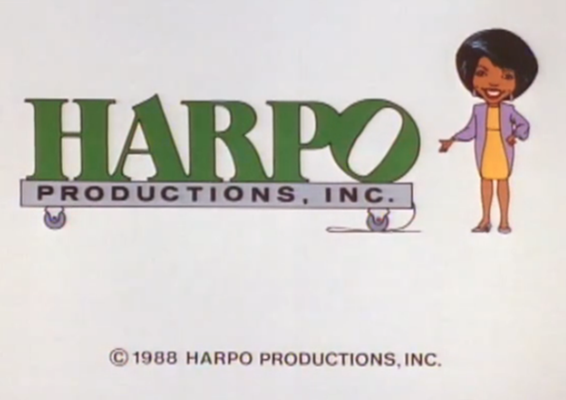 The first part of the Formula is clear: Putting your face behind your product helps.

But even more important is that this face is LIKABLE!

This is where you turn yourself into a cartoon.

Cartoons are a magical marketing tool. People are instantly and subconsciously drawn to animated characters because they remind us of our care-free, happy youth. Cartoons are perceived as innocent, so it’s easier to hook your audience and transmit your message via animataion – especially when compared to hired actors, or blocks of text. There’s a whole lot more on the psychology of cartoons in marketing ,but for now there is one big takeaway, Cartoons Make you Likable. 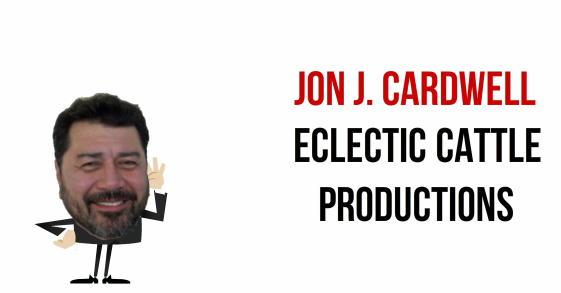 Personalization and Likability are the winning combo to Successful Marketing; And ​ the most effective and unique way to pull this off is by creating an animated version of yourself. Oprah did it,​ Jon Cardwell did it and now you can do it.

The 2 Easiest Ways to Cartoonify Yourself

In 2 clicks, you can add your face to an animated body in Powtoon. 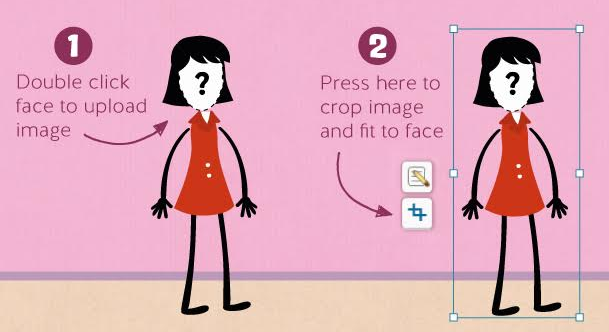 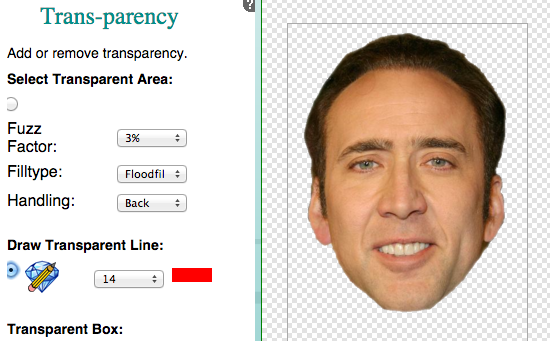 Step 1: Go to a free image editor (like this one).

Step 2: Crop any headshot and make the background transparent.

Step 3: Upload to Powtoon, Photoshop or any photo editing platform.

Step 4: Place on top of an animated body.

Congratulations, you have now made a mini version of yourself.

Adding your face to an animated body works because it’s a form of humility. These CEOs are making fun of themselves; they aren’t above you, they are relatable. It’s also a clever way for CEOs that are not great speakers to show their face without getting nervous. 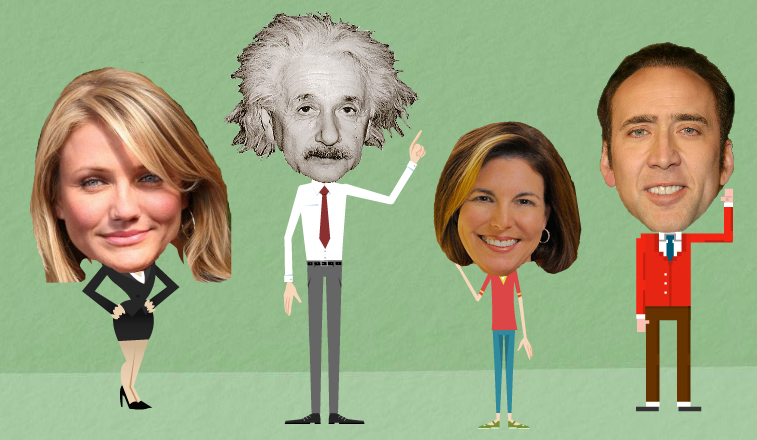 While you’re at it, why not animate customer testimonials, introduce new staff members or Mini-Me your next staff training video.

There are so many ways to get personal with cartoons! Here is a clip of Jerry Seinfeld turned cartoon, alongside the original Seinfeld clip.

If you want to be super effective at marketing your product or service, use yourself as your brand ambassador and turn yourself into a cartoon!

Good Luck and let us know if you take the plunge to cartoonize yourself!

Howdy! I'm not actually a cowboy but I'm Super excited to be here, honing in my science background plus marketing experience to help show the world how anything you wish, dream or say, can be made more awesome with Powtoon!

11 Delicious New Soundtracks For You

TALK TO A
POWTOON
BUSINESS EXPERT

Looking for just one license?  Explore our premium plans.